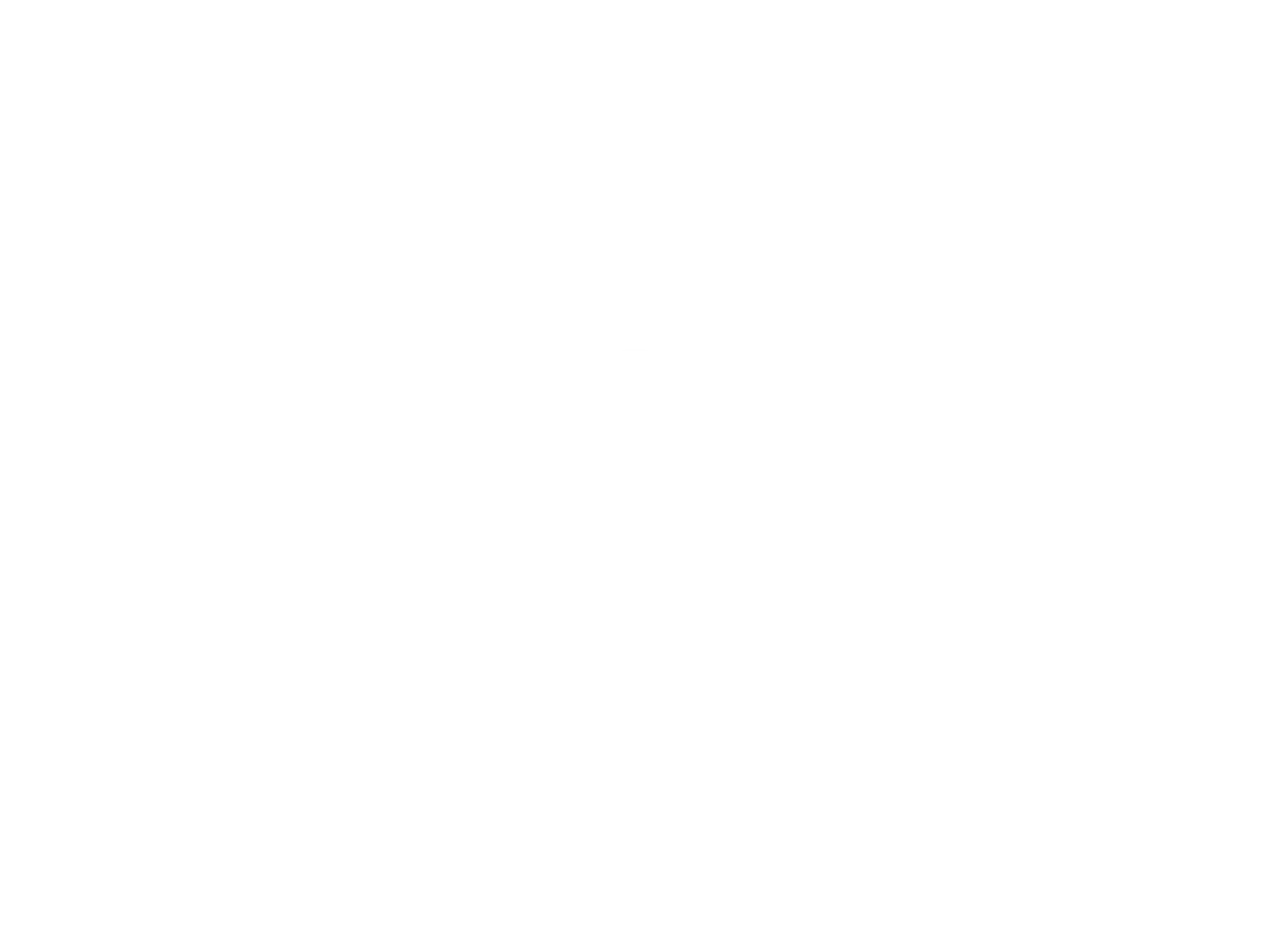 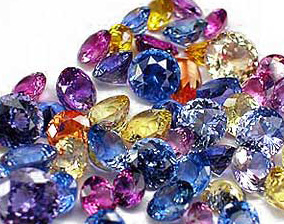 From the very dawn of civilization, man has been fascinated by brilliant, shiny, colourful shells, stones and crystals.Gems have always been regarded as bringers of peace,prosperity and happiness. Favourable gems bring about name, fame, power and make life easier. Ancient scriptures from across the world have praised gems as powerful agents of energy that influence human fate and destiny, induce good energy and expel the negative energy that produces sickness and suffering. In Tantra Sara, a major tantrikscripture , the human body is stated to be an island of nine gems. These nine gems known as nav-ratnas correspond with the nine dhatus(ingredients) of which the human body is composed. The puranas present beautiful stories about the origin of gems and their relationship with the nine planets.Thenav-ratna(nine gems) are divided into two groups:-Precious and Semi-precious.Diamond, pearl, Ruby, Blue-Sapphire and Emerald are precious gems whereas hessonite, yellow sapphire, cat's eye and coral fall in the category of semi-precious gems. Most Indian astrologers and gem therapists agree on the use of gemstone related to the moon sign(rashi).(The moon sign means the placement of moon in a particular sign of the Zodiac). It is not always beneficial to select gemstones just because they are related to moon sign(rashi). To wear a gem, is to add the energy of the planet related to the gem and if the planet is badly aspected it will only add to one's problems. Hence it is always necessary to consult a gem therapist or a good astrologer before selecting a gem.

It is always advisable to wear the rings of different gems on different fingers . As a general rule, the ring finger is the best for wearing rings, but as each finger is related to a particular planet, the ring should be worn on the finger connected with the planet .This belief is quite popular and sometimes we see people wearing rings on many fingers. There is also distinction between the right and left hand: the right hand is solar and the left hand is lunar. If a person seeks balance in life then he has to wear a ring with the gem, related with the planets Sun, Mars, Saturn,Rahu and Ketu on the left hand(i.e solar gems on the lunar hand). The gems related with Moon, Mercury, Venus and Jupiter should be worn on the right hand. Hence wearing gems on the appropriate fingers, would bring good health, prosperity, name and fame, saves one from wild animals, accidents, evil effects of poison and negative effects of ill-aspected planets.

Ruby: Ruby is a gemstone of the corundum family and is attractive because of its brilliance, if it is crystal clear and transparent. It is found in a variety of crimson and scarlet red colors ranging from pink to a deep ruddy violet color. It has the smooth and delicate luster of clarified butter. The finest quality ruby has a delicate rose color.

Pearl (Moti): Formation of a pearl inside a pearl oyster occurs because of the presence of foreign material inside the body of the oyster. To save itself from the undesired material the mollusk coats the object with layer after layer of nacre. It takes many years for a mollusk to produce a pearl of substantial size. The process through which the pearls are formed inside the body of the mollusk is very delicate, and a little disturbance at any stage of development of a pearl can influence its shape and lustre. The finest pearl is that which has no foreign matter in its core. Pearls are obtained from eight sources, which are Sky Pearl, Cobra Pearl, Bamboo Pearl, Hog Pearl, Elephantine Pearl, Conch Pearl, Fish Pearl and Oyster Pearl.

Coral (Moonga): Coral is a calcareous, skeleton-like deposit of the coral polyp- a tiny invertebrate that dwells in quiet waters and is found at depths ranging from 20 to 1,000 feet. The color of coral depends on the depth at which it is found - below 160 feet its color is light. The best-colored corals are found between depths of 100 and 160 feet. It is found in many shades of red and pink. The color usually ranges from white to pink to vermilion red and deep scarlet. Corals of yellow ocher, cream, chocolate and black color are also available. A good coral that is related to the planet Mars and recommended by astrologers, gem therapists and jewelers is a deep red coral, which resembles well-ripened bimb fruit or an unripe cherry.

Emerald: Emerald is a gemstone of green color belonging to the family of beryl gems. This gemstone is rare because it is very difficult to find a flawless emerald. Most emeralds are defective, having a feather - like crack and inclusions. To find an emerald that is of rich green color, perfectly transparent, with a velvety reflection and high specific gravity is difficult.

Yellow Sapphire (Pukhraj): A gem of the corundum family, yellow sapphire is a twin of ruby and blue sapphire. It is found in yellow, golden, and orange colors, as well as in a colorless variety known as white sapphire. The best gem is said to be of lemon-yellow color.

Diamond (Heera): Most attractive to the eyes, the diamond is famous for its play of colors. It emits a very delicate bluish, reddish, or a mixture of blue and red radiance of glittering lustre when exposed to light. The gem is luminous and dazzling, and emits sparks of light. A fine diamond is effulgent, radiant, and delightful. It is as soothing to the eyes as the Moon; it is lovely and magnificent and has the self-luminous quality of a clear crystal. It is brilliant and radiates rainbows of light all around. Ancient Hindu scriptures mention eight types of diamonds. They are Hanspati, Kamlapati, Vasanti, Vajraneel, Vanaspati, Sbyamvajra, Telia, and Sanloyi.

Hessonite (Gomed): A good-quality hessonite, the gemstone of Rahu, is one that reflects a nice honey color. Zircon has a considerable range of colors and is found in red, blue, green, yellow, orange, and brown shades. Blue and green hessonite or the white colorless variety of hessonite is not associated with Rahu. A pure and transparent hessonite having a delicate hue, brilliance, lustre, and uniform color neutralizes the evil effects of Rahu, and if Rahu is well posited it gives beneficial results during its major period and sub-periods, removes fear, creates clarity of mind, and helps spiritual growth.

Cat's Eye (Lehsunia): It is an aluminate of beryllium - a mixture of aluminum and beryllium - having traces of oxide of iron and chromium, which serve as coloring agents and give it brownish and greenish tinges. It has a chatoyant glowing from inside like the eye of a cat and having white fibers. The brighter the fiber, the higher is the quality of the gem. Cat's-eye has a silky streak of light that moves with the turning of the stone like a gleam in a straight line across the stone.

Zircon/American Diamond: It is said that the one who wears a zircon has a luxurious life, zircon is also supposed to enhance the name, fame and artistic quality of a person. It also enhances sexual power. It is the most heavy gemstone in the category of gemstones. The most auspicious zircon is one that is colourless with a blue tinge or one, which sprays blue, and red rays and is without black dots.

Amethyst / Katehla: Wearer of the unblemished amethyst enjoys wealth and property and is blessed with children, he/she becomes fearless, and is protected from afflictions, sorrow and disasters, he becomes virile and his will power and spirit is strengthened, he/she occupies a respected position in the society.